Grade five and six students from Lorne Airey’s P-12 are donning snorkelling gear and heading to the Lorne Pier  to take part in the Great Victorian Fish Count (GVFC).

Lorne Airey’s P-12 teacher Suzie Reeves said staff and students were excited to be part of the event, which helps to discover which fish species live in Victoria’s temperate coastal waters.

“It’s a great experience for the students and it’s important they learn to appreciate and take stewardship of the local marine environment.”

“It’s a great experience for the students and it’s important they learn to appreciate and take stewardship of the local marine environment. 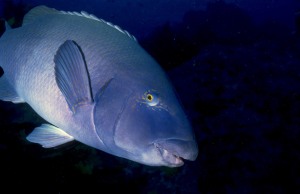 “We are the first school to initiate a site, initiating the Lorne Pier site in 2009 in conjunction with Eco-Logic, the Department of Sustainability and Environment and the Great Ocean Road Coast Committee,” she said

Ms. Reeves said the students would be working in pairs with a qualified snorkelling instructor to count  fish using underwater slates to record species and numbers.

“By logging our results on the Reef Watch website, we will have an estimation of the structure of fish communities at that time, which can then be compared to future fish counts at the same time each year,” she said.

“Last years fish count lured more than 400 divers across 22 locations and we expect this year’s event to be even better.

“The volunteers that make the project possible are very important because they bring to the surface information on the fish species that can be found along Victoria’s coasts,” said Ms. Roberts.

Ms. Roberts said Victoria’s marine environment was incredibly unique, with more than 85 per cent of species living in our southern waters are not found anywhere else on earth.

“The waters around Victoria are so rich in marine life they rival the Great Barrier Reef for biological diversity.

“This underwater world is facing mounting pressures from threats such as overfishing, pollution and invasive species.

“Take the Blue Groper for example, which was recently placed under temporary protection in 2011, divers in the GVFC this year will be on the look out to see what numbers are out there,” she said.

Event organisers welcome  anyone interested in diving, snorkelling, marine ecology or conservation to get involved and are  always looking for more volunteer divers and snorkelers.

Were you or anyone your know involved in the GVFC?

Are you involved in monitoring reef sites on the Surf Coast?

We’d love to hear about your experiences!